Yoga for The Rest of Us 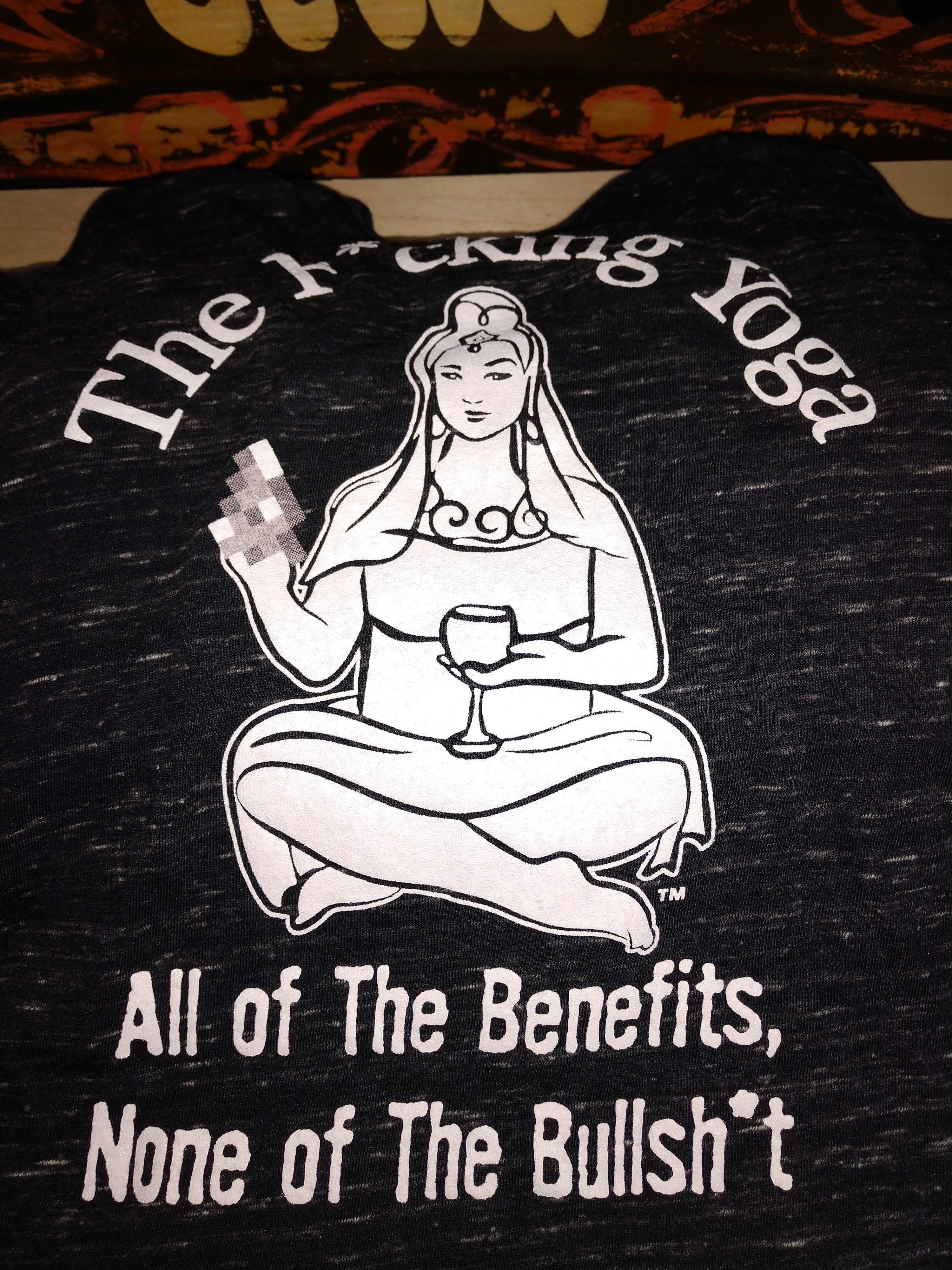 A terrific client of mine, Charlie (shout out to Charlie!), a retired business exec, pulled me aside and asked me if he could talk to me about The F*cking Yoga Co. He knows my book is being submitted for publication and he would love to see my yoga out in the world. Of course, I’m going to talk to him.

We ended up chatting about the marketability of the brand. Something I’m happy to discuss with folks who know more about business than I do. Charlie’s concern is the disconnect he feels between my brand and my brand. In his view, The F*cking Yoga Co doesn’t do my fitness philosophy justice, particularly my yoga philosophy.

I’m picking up what he’s laying down. He stated his enthusiasm for all of my fitness classes, but especially yoga and how it has changed his and Carol’s (his wife) life. He is one of my defenders, my champions, and fans. His fear is my approach to yoga isn’t represented clearly by my tag.

I run into it from time to time. The person who finds my brand offensive. In the case of yoga nazi, it usually goes like this:

Someone I know who is excited about the book and brand introduces me to a stranger. “This is Julia! She’s the one I told you about. The F*cking Yoga Co. Isn’t it great?!”It’s not great. I can see the light in their eyes die a little because they’re into YOGA. Some bastardized version of multinational physical yoga with a huge dose of patchouli added.

Or it happens after a person takes my class for the first time and sees my t-shirt:

“What is THIS?!” They ask waving their hand at my yoga goddess full of self-righteous offense. “I have to hear this kind of language all around me, I shouldn’t have to hear it in yoga class. It’s offensive.”

“OMG, did I swear in class today?” I ask because it can happen.

There is no right answer. Believe me, I’ve put the topic to many people, and we talk in circles.

A Commonsense approach to yoga. YAWN. Jesus, I was typing it, and I lost me.

My yoga is disruptive. It’s both a step back toward the more traditional practice of physical yoga, and a step away from the typical brand of yoga taught all over the world today. There are folks on both sides of the spectrum who would gladly see me burned at the stake. Meh. I’m used to it.

I’m kinda over nice. I’m not saying be an asshole, but I’m not apologizing any longer for being me. I get those entire generations of folks who don’t find swearing ladylike. I do. Just like I understand pantyhose, support bras, and jello molds.

Ladylike is overrated. Take a look at the #metoo and #timesup movements. We’re experiencing the fallout of being nice and acting like a lady. Forgive me, men in my life whom I adore, respect, and raised, but the only people who benefit from lady-dom are men.

If you’re a woman, who doesn’t appreciate swearing, more power to you. Don’t fucking swear. That said, don’t press upon me your ideals of polite decorum. Polite decorum has left us with women earning 70 cents on the dollar in most industries. Don’t slut shame. Don’t force your gender norms.

And if you’re a white, generally middle-class, able-bodied yogi turning up your nose at my brand of yoga, well, shut it, bitches, because none of us is teaching traditional yoga, unless you’re a Swami doing the Bhakti thing or studying the Eightfold Path neither of which has anything to do with physical yoga. 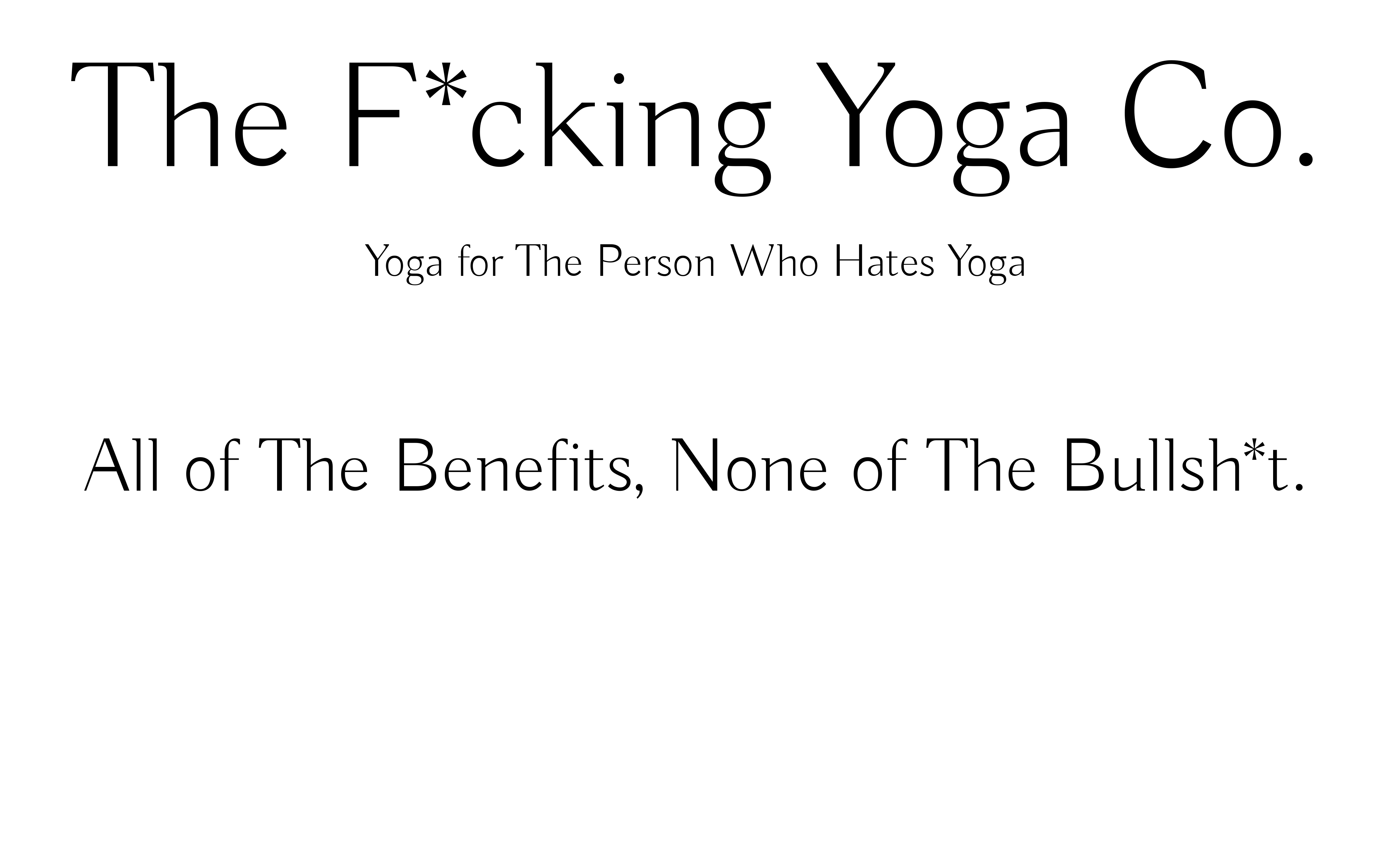 It’s a joke. It’s a litmus test. If you laugh out loud at the F*cking Yoga Goddess or at Zen as F*ck, there’s an excellent chance you’ll love my yoga class. Like I say to my peeps, I’m not everyone’s cup of tea. I’m more like a shot of really good Mezcal. A little bit of sweet, a little bit of snap, and a whole lotta smoky!

P.S. I do have a punny version, but she still says fuck. 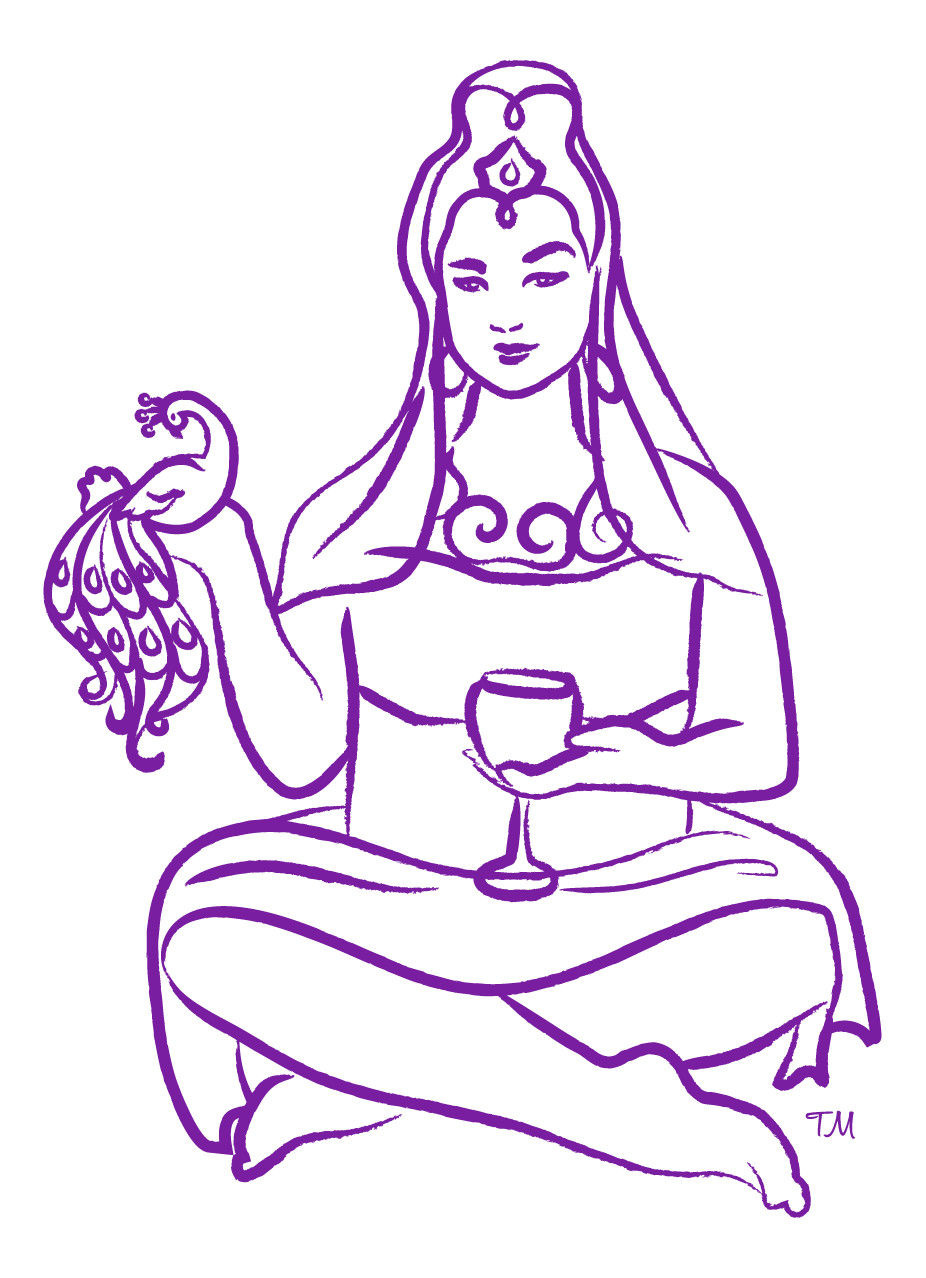 For Those Who'd Like The Flexibility To Reach To Scratch

Let Your Voice Be Heard!

Say Do You Remember, Ba Dee Ya Dancing in September?

I’m This Many Years Old